An Immersion of Historic Proportions 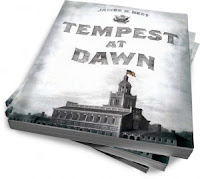 Always a lover of history, I've been enthralled by watching the many BBC documentary series', including "A History of Britain" - "A History of Scotland" - and well, can't you guess, "A History of Ireland". These are all available at You Tube in their entirety. Of course, religion played a big part in all the wars, intrigues, manipulations, and fear-mongering.  So, what else is new?

At the suggestion of my wee Irish GM, I've also watched another BBC series titled "The Coast" presented by archaeologist, Neil Oliver. Breathtaking images of the coast of the British Isles with powerful snippets of history thrown in at various points along the journey.  Great fun to watch.

During all this time I have been captivated by "Tempest at Dawn" by James Best; a novel of the probable events leading to the American Constitutional Convention.  The book brings our founders to life with great writing, historic accuracy and amazing wit. What has amazed me most is how entangled these varied histories are on many levels. Yes, including America.
An overview of Tempest at Dawn:


The United States is on the brink of total collapse. The military has been reduced to near extinction, economic turmoil saps hope, and anarchy threatens as world powers hover like vultures, eager to devour the remains. In a desperate move, a few powerful men call a secret meeting to plot the overthrow of the government. Fifty-five men came to Philadelphia in May of 1787 with a congressional charter to revise the Articles of Confederation. Instead they founded the longest lasting republic in world history. "Tempest at Dawn" tells their story.

Here is a bit of a review of Tempest at Dawn:


Author James Best tackled a massive project when he undertook the writing of this book, which took 5 years to complete.  Tempest at Dawn is a novel about the events surrounding the Constitutional Convention.  While there is no particular mystery, sex, violence, or suspense, the book has plenty of tension.  Best takes characters that textbooks render as flat or one dimensional, and makes them multifaceted human beings.  The fictional vignettes in his story are wrapped around actual compromises and the horse trading that was constant between the delegates. He does not distort history and his surmises about the roles of the participants are entirely plausible and in fact likely.

Readers will find that Tempest at Dawn “matures” as it progresses, and so does the caliber of the writing. Within the first 50 pages the dialog becomes more and more sophisticated. The reader is alternately smiling, laughing or saddened by the poignancy that Best introduces into the telling.  He is especially successful in his portrayal of a realistic and very believable Washington who, Best contends, was the behind-the- scenes puppet master at the Convention.

Best is subtle about including facts throughout the story, successfully weaving in actual quotes, first hand accounts and observations of those who lived through this period. The author has done his research and any reader of history will appreciate these nice touches.  In one scene, Washington is attending a play and leaves his box to get refreshments. The stage manager waits until Washington returns to his seat before resuming the play, a courtesy not extended to just anyone. This vignette provides an example of how the patronage of this hero of the Revolution was sought.  Washington fans will also appreciate a horse race scene in which Washington triumphs, and another in which he visits a carriage maker.  All of these episodes provide insight into Washington’s character.  Best knows his history, but he doesn’t bludgeon the reader with a clumsy display of erudition.

Even though Washington is a key figure in the Convention and the book, he is sparingly used in Best’s tale.  Madison, however, is a pivotal character both in the actual Constitutional Convention and in Best’s story.  The reader gets a sense of a man driven by patriotism to build a “perfect” republic based on the leadership of an enlightened elite.  As the story progresses, he is forced by the stolid Roger Sherman to compromise some of his rigid beliefs and finally comes to realize the validity of the opposition’s argument. As the convention nears its conclusion, former combatants work together to bring their constituents into the fold with a series of machinations that would make Machiavelli proud.

The events of recent years in American Politics and the recent elections bring to mind that "everything old is new again" - "been there, done that, have all the tee-shirts", and then some.

And so it goes.
*
Posted by the cajun

Your comments are welcome if they are positive and/or helpful.
If they are simply a tirade or opinionated bullshit, they will be removed, so don't waste your time, or mine. 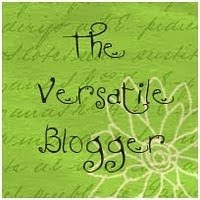 the cajun
Delaware, United States
Finding my way in a crazy world. This place is all about me. My likes, dislikes, politics, passions, and opinions. I am liberal to a fault. I smile a lot. I’m just myself. That’s weird enough. No regrets and no apologies. Pull up a chair and hang out a while, if you like. Comments are always welcome; all I ask is that you be courteous. 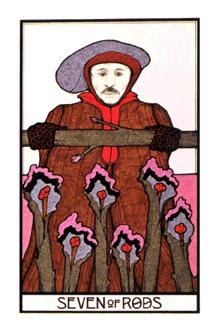 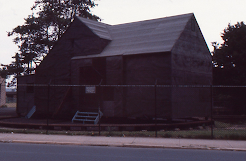 Where Magic Was Made 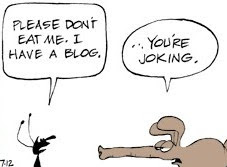 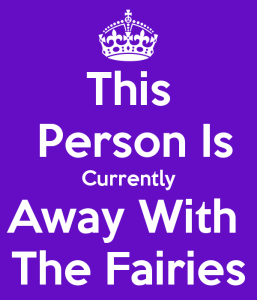 "When you're traveling, you are what you are right there and then. People don't have your past to hold against you. No yesterdays on the road.”

"You have your way. I have my way. As for the right way, the correct way, and the only way, it does not exist."
- F. Nietzsche 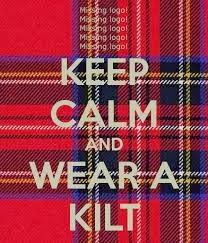